You know the entrepreneur who can fix anything on the place with the materials at hand? That’s Proctor-based Carris Reels Inc., only on a different scale.

Although the premise of the reel company is simple (“we make squares into circles,” as CEO Dave Ferraro puts it) there are parts involved, and most of those parts are made at one of the company’s premises.

The wire and cable reel company makes the long bolts that hold its reels. It does its own shipping with its fleet of six trucks, which the company services in its own garage. It operates a freight dispatch of sorts that enables it to fill the trucks on their return trips so they’re not running empty.

The company, with $140 million in annual revenues, owns plastic plants in Rutland, Virginia, Mexico and Texas where it makes the plastic parts for its spools, and a mill where it machines plywood for the wooden components. Research and development happens at the company’s Center Rutland facility.

Pretty much the only big ingredient Carris Reels doesn’t own is the wood supply itself; that softwood comes from New England, Quebec and Arkansas. Even the ownership of the company happens in-house; Carris Reels is structured through an Employee Stock Ownership Plan, or ESOP.

“We have a governance model where we try to give our employees as much say in decision-making in how we run our company as we can,” said Ferraro.

Carris Reels was founded in Rutland in 1951 by Henry Carris, who passed the company to his son, Bill Carris, in 1981. It was the idea of Bill Carris — now chairman of the board — to convert the company to employee ownership, said Ferraro. One hundred percent of the company’s wealth is owned by the employees.

Many of the reels are returned, refurbished and resold. The Carris plant in Mexico recycles 1,400 reels a week and the Vermont plant 400 to 500, Ferraro said. The company is considering buying a plant in Chicago that focuses on reel recycling.

With 3,000 different types of cable being used to carry power, Ferraro feels confident about the future, and is investing in new equipment, thanks to innovations like autonomous vehicles and the advent of 5G cellular networks.

“It’s a huge opportunity,” he said. “For every wireless router, there are wires running somewhere. Look at our paperless society: There’s an awful lot of paper.”

At the beginning, all the reels were made of plywood. These days, they’re made from plastic, although many still have plywood centers and others have cardboard centers. It’s still more cost-effective to make any reel more than 3 feet in diameter – such as those used to carry ski lift cable – from lumber, Ferraro said. Its smallest reels are 4 inches, used for a welding wire package.

Most of the products made by Carris Reels go to the Northeast, with some shipped to the Midwest. A few go to Vietnam and Europe. Truckloads of reels are heavy, so it’s not cost-effective for companies to buy reels from far-off places.  “There are other competitors between us and them,” Ferraro said.

As for doing business in Vermont, where workers are scarce, Ferraro said he thinks employee ownership helps him in hiring. “Everybody is pulling the wagon with the same objective of profitability,” he said. “Our ESOP is a good draw.” 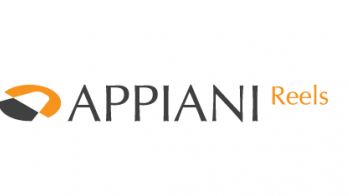 Cimteq’s software innovative solutions enable companies across the globe to be more profitable by reducing waste and imp...